BSB's Journey to Becoming an Eco-School

Written by Bonny and edited by Daniel.

This term, Head of Science Mr. James Walsh started an Eco-Schools Award CCA (Co-Curricular Activity) where he acts as the Eco-Coordinator guiding the Eco-Committee. This unique CCA is open to both Primary and Secondary students to allow for diversification. The Eco-Schools Programme is a student-led charity project that aims to make schools more environmentally friendly. There are three distinct stages to this award, those being the Bronze Award, the Silver Award, and the Green Flag Award. So far, our group of environmental enthusiasts have completed the second step, of three, in achieving the Bronze Award. Like most partakers, their ultimate goal is to reach the coveted Green Flag Award. This final distinction requires excellent execution of all seven available steps as well as a demonstration of project work in three topic areas of their choosing. 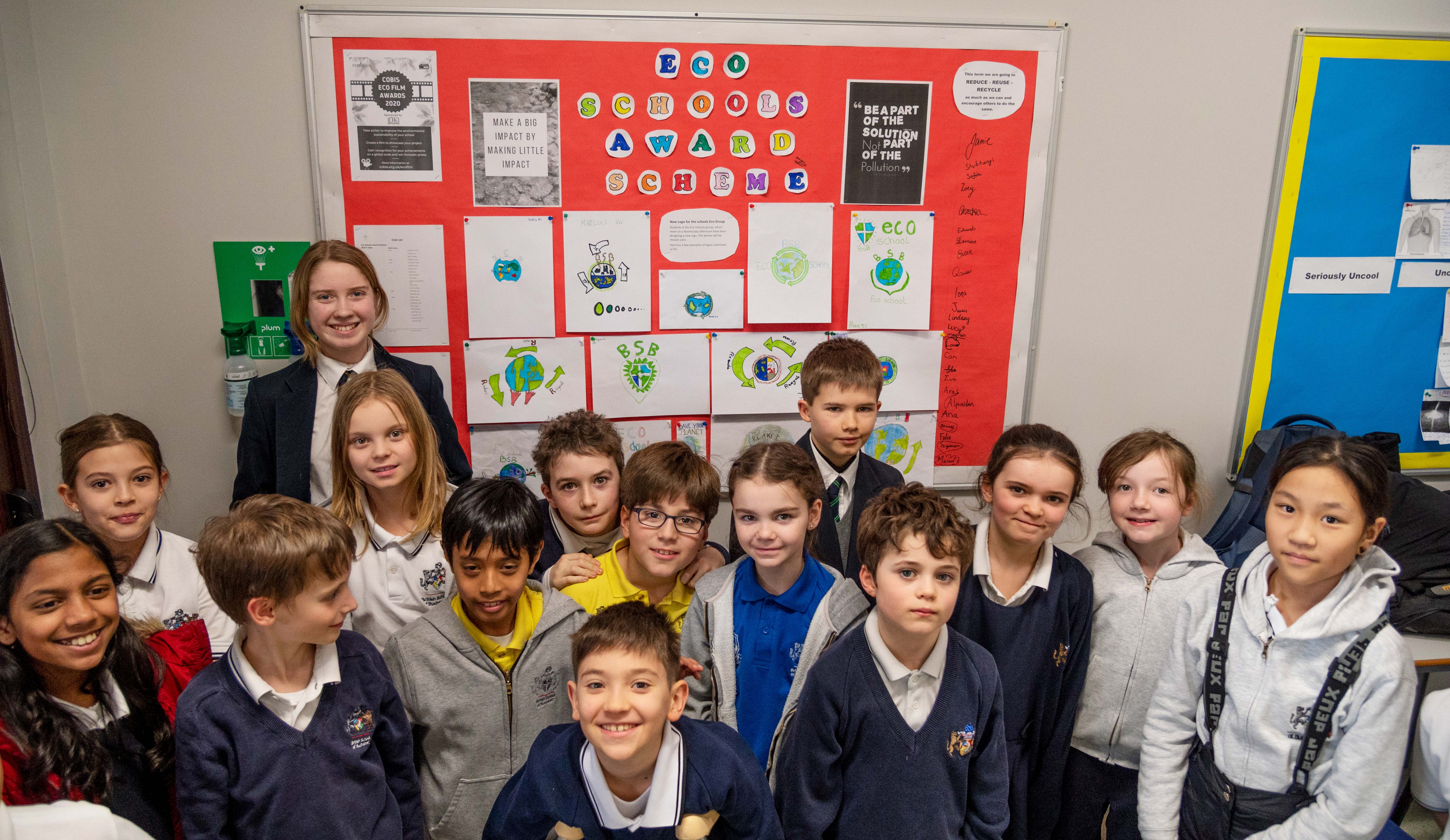 When being asked what motivated them to join this club, the students gave very inspiring responses, including “We care, we want to make the world a better place and make a difference for the next generation” and “We are poisoning ourselves and someone has to do something about it”. It certainly was impressive to see students as young as these so committed to such a crucial cause. Despite this, witnessing children in such early developmental stages of education already being so concerned with issues of this magnitude, acted as a grim reminder of our potential future, lest we endeavour to work alongside them and try to make a difference.

What exactly has the Eco-Schools Award CCA been up to? At this stage in the award scheme, they have been going around the school campus reviewing how eco-friendly the school currently is, for example, checking if the bins around the school are plentiful enough, but more notably, whether they are being used in their intended manner. The students have also been conducting surveys in school to gauge attitudes and knowledge about environmental issues. 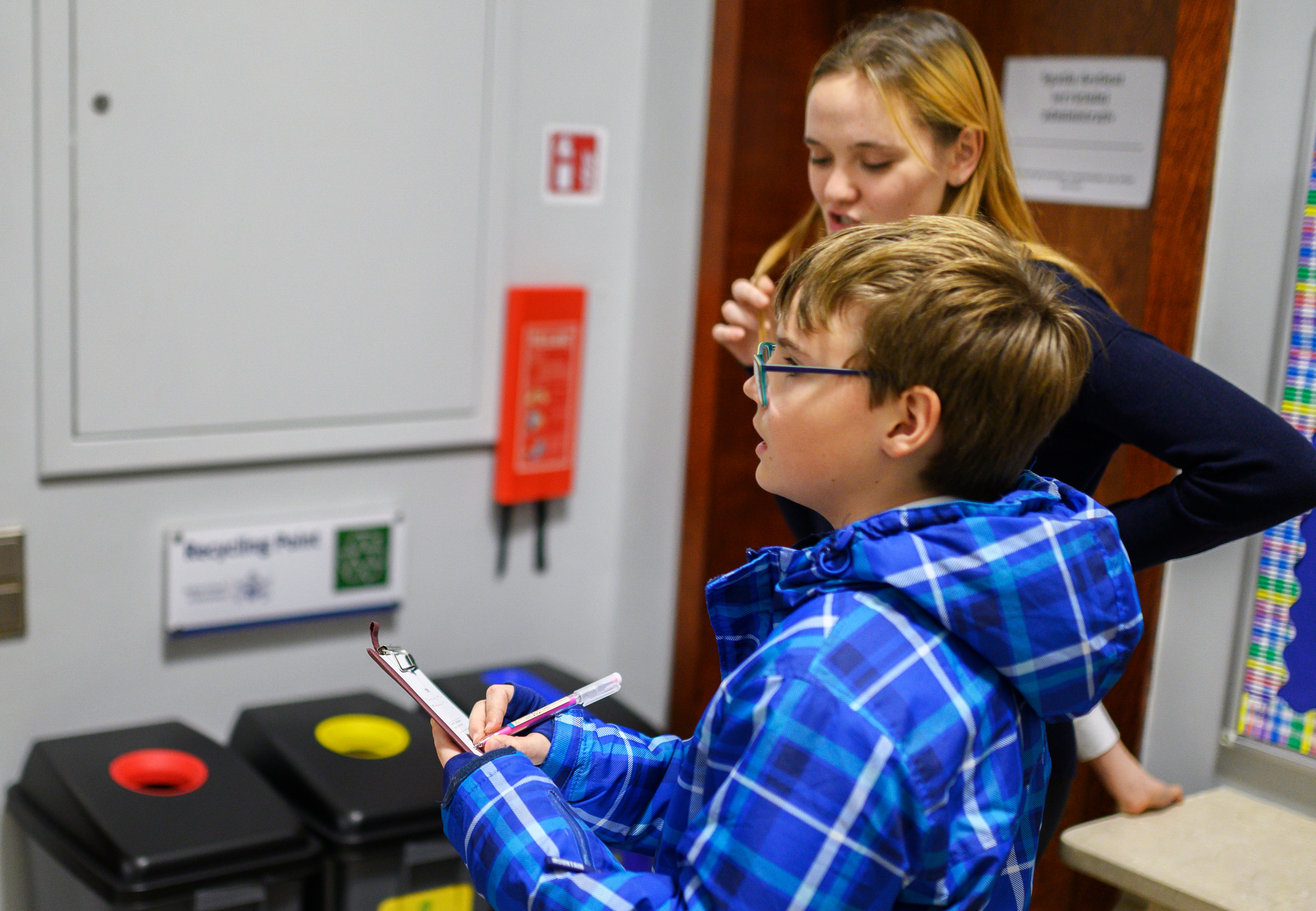 Here are a few key findings from their survey:

Apart from these thorough investigations, the students have also been granted the opportunity to let their creativity shine through. If you take a stroll to the back of Mr. Walsh’s classroom CG01, you will likely come across a panel of logos hand-drawn by the Eco-Committee. In the following weeks, the committee will be deciding on which logo would best represent their image and what they aim to achieve.

If you would be interested in taking part in this initiative, do not hesitate to talk directly to Mr. Walsh or show up on Wednesdays 3:15 - 4:00 pm in CG01. Even the Sixth Form are welcome to join in and lend a supporting hand to the younger students.

BSB joined the Eco-School programme this year. Through this programme, our school aims to prepare the next generation to make a difference.

Eco-Schools is a growing phenomenon, which encourages young people to engage in their environment by allowing them the opportunity to actively protect it. The Eco-Schools programme is an ideal way for schools to embark on a meaningful path towards improving the environment in both the school and the local community while at the same time having a life-long positive impact on the lives of young people, their families, school staff and local authorities.