My Interest in History Was Inspired by a School Project

An interview with Susannah Read, Deputy Head of Humanities Faculty and Teacher of History at BSB.

Susannah Read, who joined the British School of Bucharest in 2018, has a degree in the rather unusual subject of Anglo-Saxon, Norse and Celtic from the University of Cambridge. After two years working in recruitment in the City of London, she completed her History PGCE (Postgraduate Certificate in Education) at the University of Sussex. She has since taught at good schools in Sussex and Brighton, as well as in the international sphere at a top A level college in Singapore. In 2016, Susannah moved with her family to teach at an international school in Malaysia for two years before moving to Romania to join us as a History Teacher (2nd in Humanities) and ‘Gifted and Talented Students’ Coordinator.

I remember spending a lot of time in museums as a child in Cape Town, where I grew up. I think my interest in history as a way of looking at the world was really inspired by a school project where I was asked to interview an elderly neighbour about their childhood experiences. Hearing about what my area was like in the 1930s was such an eye opener, and it changed the way I looked at the streets around me. As a young teenager, rather than posters of movie stars on my bedroom wall, I proudly displayed my collection of vintage hats that I found in junk shops and auctions around the city.

Why did you go into teaching?

When I first graduated, I moved to London and got a job in recruitment. It was quite an exciting role, as Overseas Liaison Consultant, recruiting lawyers and accountants from Australia and New Zealand for jobs in London. I naively started the role thinking I would be helping people, but soon discovered that I was in fact selling people and that the job was focused on profit margins, rather than finding the best role for the person. I found the office-based nature of the job extremely boring, so I decided to retrain as a teacher, a role where I could make a difference and no two days would be the same! 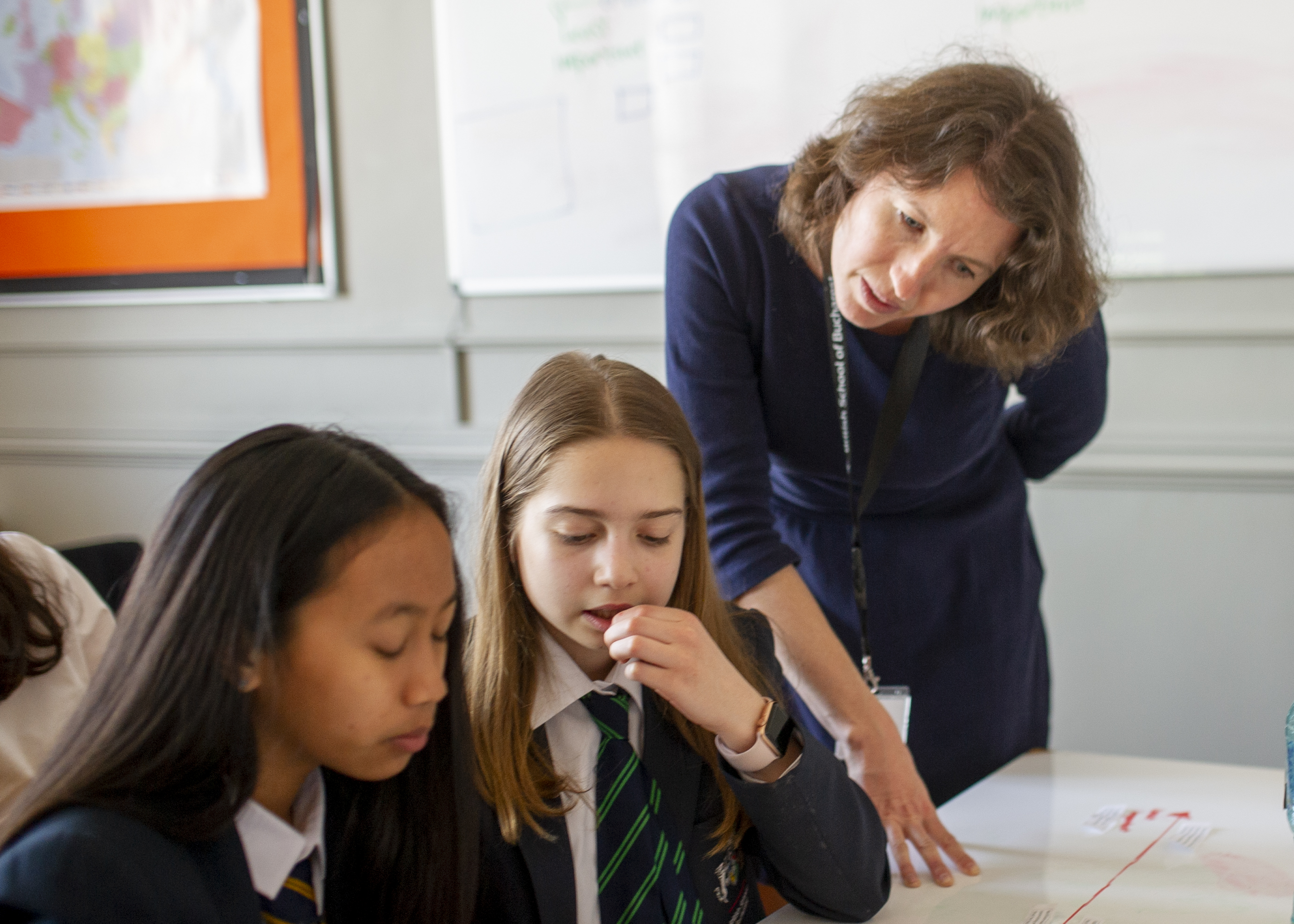 Which part of the History curriculum do you most enjoy teaching?

I seldom get to teach the time period I studied at university, as students don’t tend to be interested in subjects like Paleography, which covers things like the handwriting of medieval Welsh monks in the eighth century. So, where there is some overlap, as in the Year 7 curriculum studying Medieval Europe, I thoroughly enjoy helping my students understand how the medieval mindset differed from modern thinking, but also how people then were really not that different to us at all. At the other end of the age range and time period we study, I am currently enjoying looking in depth at Stalin’s Russia with my Year 13s.

How many countries have you lived in?

I grew up in Cape Town and then completed my schooling in England, from the age of 16. After years living and teaching in England, my husband and I got the travel bug, and we have lived and worked in Australia, Singapore, and Malaysia. Romania is now my 6th country, and we are hoping to spend many years here.

Which school that you have taught in was most different to BSB?

The school that I taught at in Singapore was part of the mainstream Singapore education system. It was a huge A level college, with a thousand students in each year group. The level of pressure that was put on the students by the system was immense, with most of them spending long additional hours at school each evening, just to keep up with the workload. In my first few weeks there, the school was holding its annual Open Day, a huge event which attracted visitors from all over the island. I was expecting a busy day but was very surprised to find many of my colleagues in the open-air school canteen drinking coffee for most of the morning, as the Open Day was almost entirely run by the students!

Apart from the friendly BSB community, I’m also finding Bucharest a very child-friendly city for my two small children, aged 2 and 4. We adore the parks, and love getting out into the mountains at weekends. Our plan for this summer is to explore the open-air pools around Bucharest.

BSB was on my short-list of schools before I even saw a job to apply for. One of the reasons was, of course, our very own Mr. Allsop. He is one of the best known History teachers in the world, due to his very popular website, and my Year 11 students in Malaysia were genuinely shocked that I would be teaching with ‘the actual Mr. Allsop’. 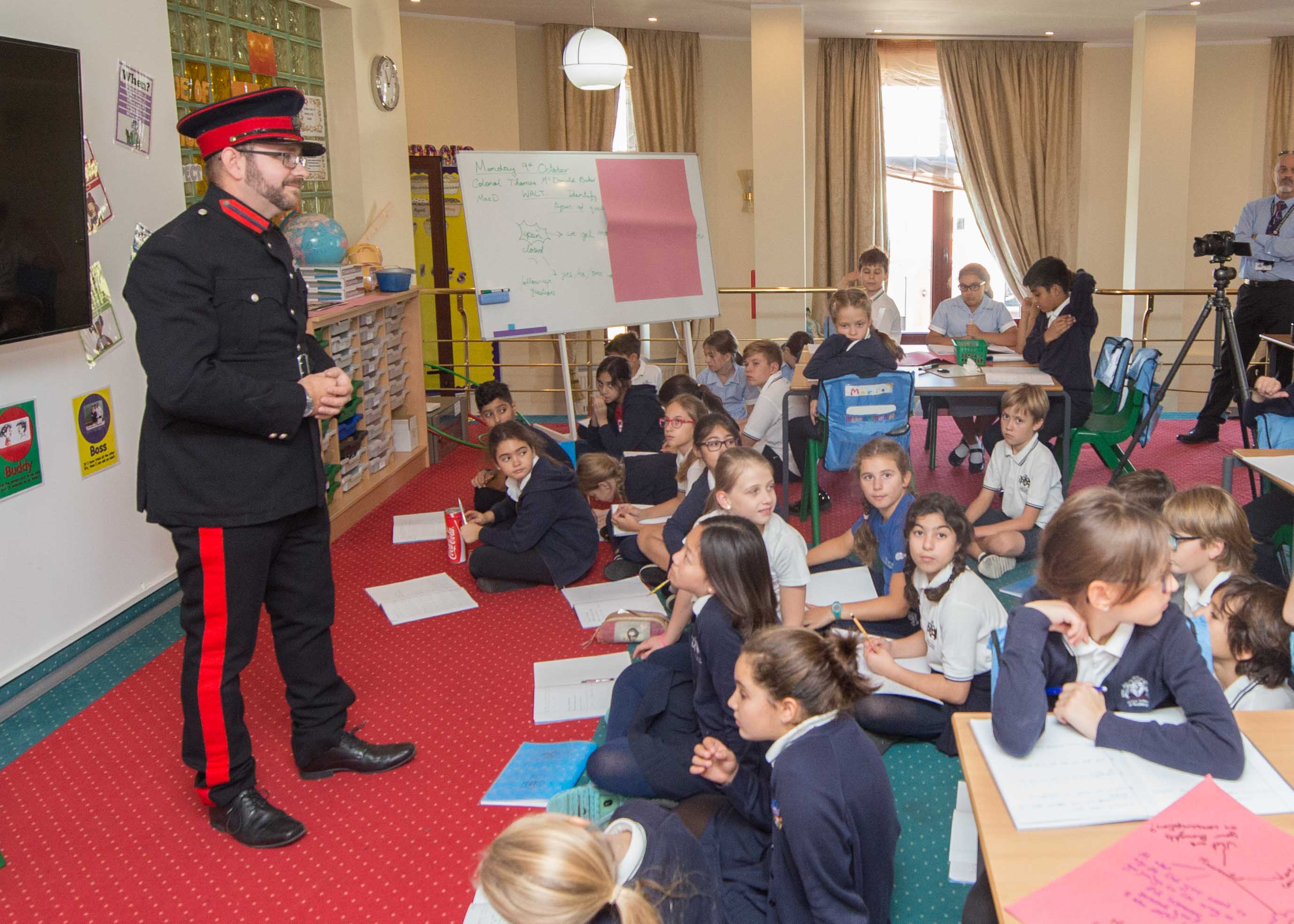 Is it a good idea for students to study a humanities subject at university?

Of course! Parents may be concerned that a degree like History doesn’t have a very defined career path, but the study of a subject like History is hugely rewarding in a range of ways that may not at first be obvious. The constant questioning of sources, the development of sustained argument and the requirement for evidence to support a point all develop intellectual rigour. The career paths of our current students are likely to take them places that we cannot yet imagine, and into jobs that don’t even exist yet. A History degree is recognised by many employers as a marker of someone who can think, write and argue. - these are all wonderful skills for life.

What advice do you have for students planning to apply to Oxbridge?

Firstly, don’t listen to any of my advice about colleges as my experience was nearly 20 years ago! Our expert University Guidance counsellor can give much more up to date advice. What both Oxford and Cambridge are looking for is high academic ability combined with a genuine interest in the subject. Read a lot, talk to your teachers and get involved in things that expand your mind and challenge your perceptions of how the world works.

And finally: tell us something unexpected

BSB Campus is closed until 21st April, due to COVID-19 situation. All BSB-hosted events during this time have been cancelled or postponed. The BSB online learning programme is being implemented across the school, and is running until the Spring Holiday, on 6th April. All teaching and administrative staff remain fully operational and could be contactable via office@britishschool.ro. Thank you for your understanding.