Creativity Is an Essential Skill in Teaching

An interview with Jamie Walsh, Head of Science and Biology Teacher

Jamie Walsh joined the British School of Bucharest in 2019 as a Secondary Biology Teacher and Head of Science. He studied Marine Biology at the University of Liverpool and took Masters in both Marine Resource Management, at the Heriot-Watt University, and more recently, in Advanced Methods in Taxonomy and Biodiversity, at Imperial College, London. Since completing a PGCE at the University of Exeter, Jamie has taught in the UK and UAE.

Why did you go into teaching and why Biology?

Biology was always the subject I enjoyed most at school. It allowed me to make some sense of the natural world around me. Teaching has allowed me to remain closely connected with the subject and, I hope, encourage others along the same path. It has undoubtedly proved to be an enjoyable and rewarding career. 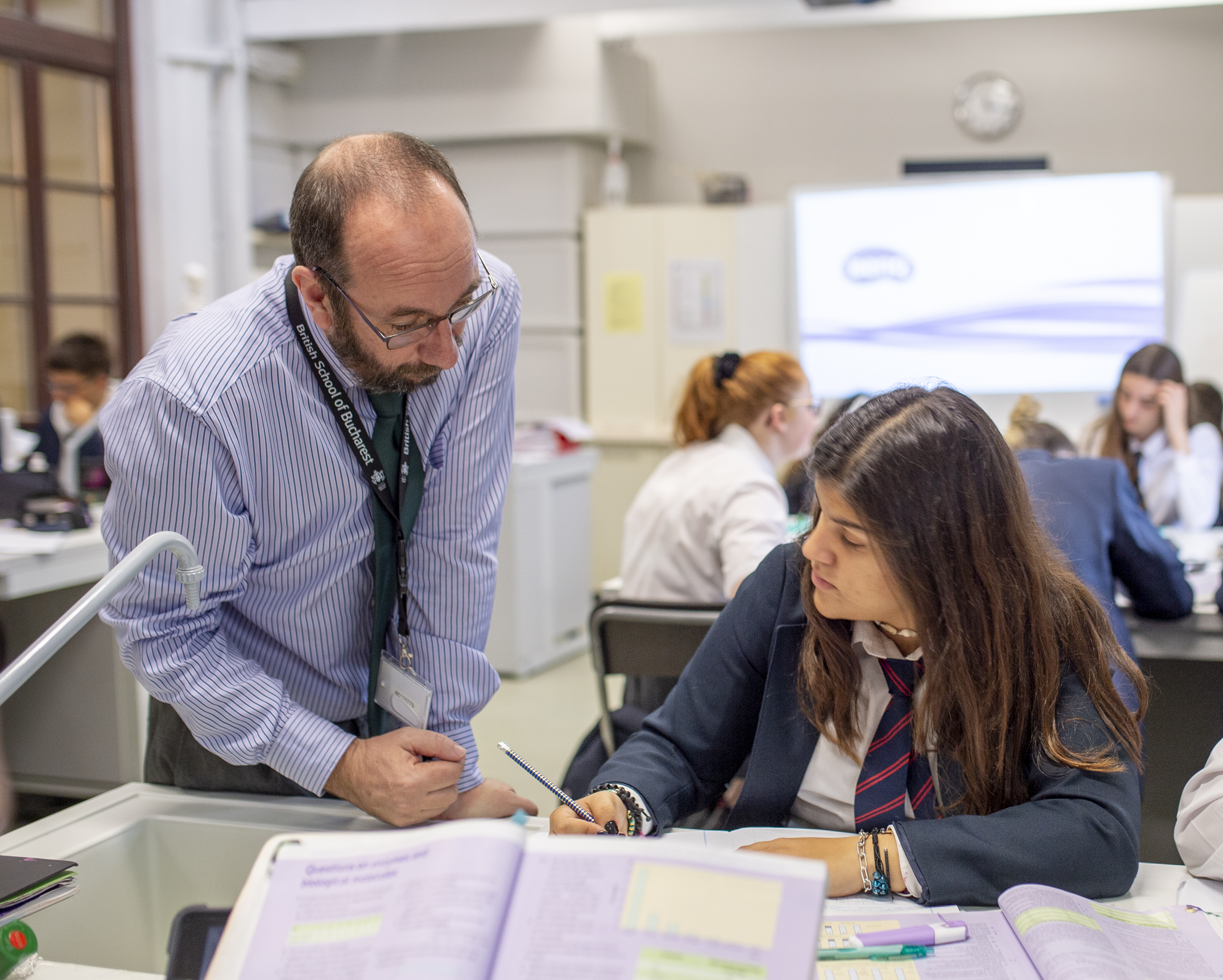 A colleague in my last school previously taught at BSB. She always spoke very highly of the school and its students. After seven years in the UAE, I was ready to move, and when I saw the post at BSB advertised, I jumped at the chance to come and work here.

Romania, as a country, was also appealing: for its mountains, forests and the Danube Delta. The country is rightly renowned for its wilderness, which is of international importance but needs protecting. Many years ago, in the UK, I used to work in a wildlife park that specialised in native wildlife, or at least wildlife that existed there since the last ice age. Many of the larger species at the park had long since been hunted to extinction in the wild or died out due to habitat loss in the UK, but most of them are still found in the wild here in Romania. The country has significant populations of wolf, bear and lynx, along with a population of wild horses in the Danube Delta, where bisons have also been reintroduced. While I know that human interaction with this megafauna can present problems, I hope everyone also realises that its presence points to a healthy and diverse natural environment. There is a responsibility that falls on us to protect these habitats and allow this wildlife to remain and flourish.

Which of the schools you taught in differs most from BSB?

Both of my teaching posts in the UK were in boarding schools, very similar to where I went to school myself. We had a six-day week, and most students remained in school for several weeks at a time. There were lots of competitive sports against other schools. There was also a cadet force in both schools; linked to the three branches of the UK Armed Forces, which played a big part in the life of the school.

However, there are some similarities. I would highlight the hardworking students (usually!), parents prepared to invest significantly in their children’s education and passionate teachers with whom it is always a pleasure to work. 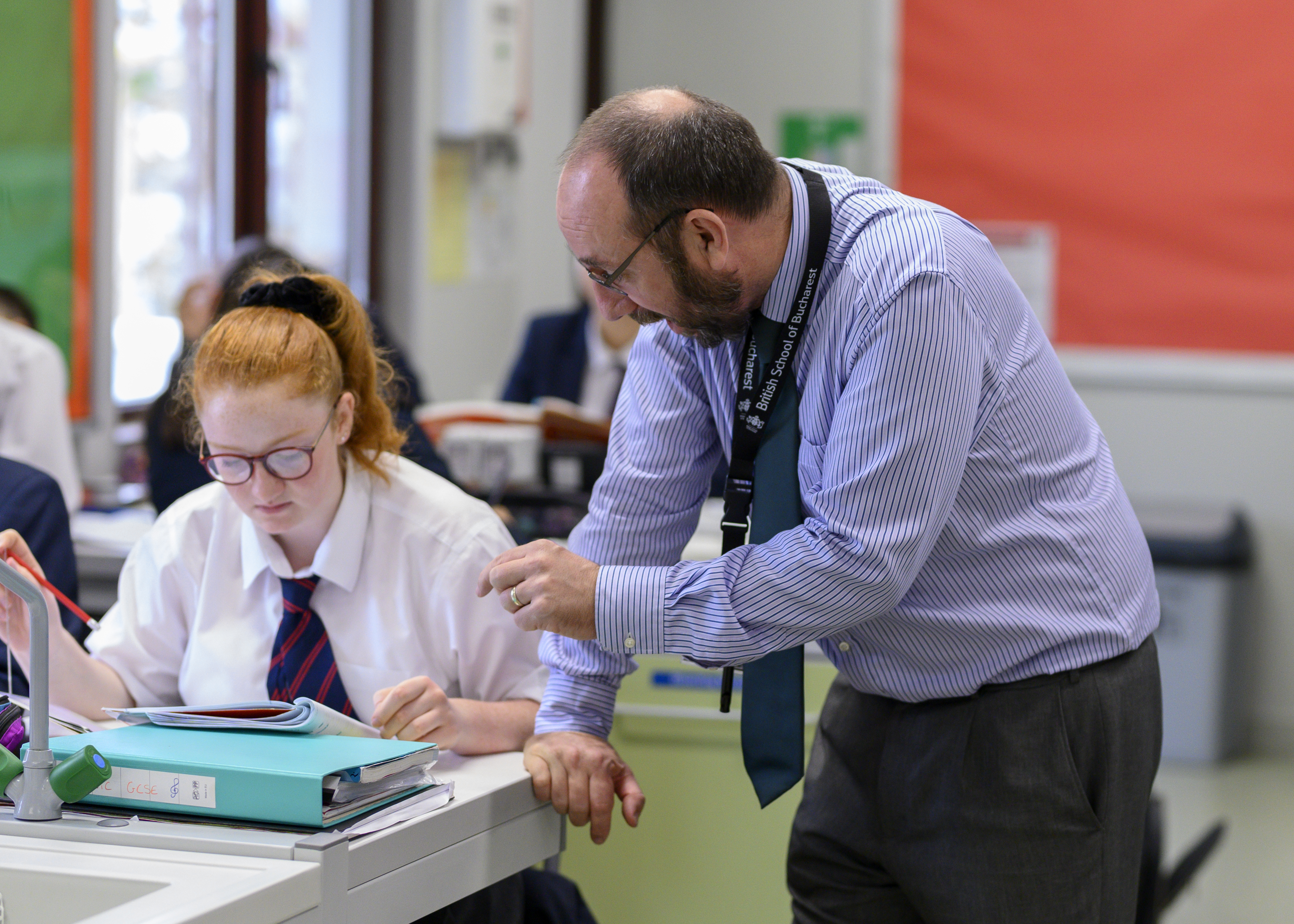 How many countries have you lived in?

I grew up in an expat family; my father worked for an American engineering company, and we moved to a new project every two or three years. As a child, I lived in several countries in the Middle and the Far East, but my favourite country, by far, was Norway, where I lived as a teenager. Term-time was spent at boarding school in the UK, so Norway was all about holidays – sunny summers and snowy winters.

Tell us more about your passion for Marine Biology.

Like many, my interest in wildlife was probably initially inspired by the likes of Jacques Cousteau, David Attenborough and David Bellamy, on the television in the 1980’s. My earliest memories are of living in northern Sumatra in Indonesia, where wildlife had a habit of moving into the house. I was also lucky enough to live in or visit many countries where the sea was warm and inviting. But once I got underwater off the coast of the UK, I soon realised that some of the best marine life in the world is found there. Just off its rocky coastline and on the many shipwrecks that litter the seabed.

I have always been happiest next to, on or under the sea, but I must confess, that while the passion for marine biology, diving and all things salty remains, it is often superseded by concern and anger. There is clear evidence underwater, and in many coastal areas of the damage we are doing, including plastic pollution, overfishing and coral bleaching.

What inspires you to be creative?

For me, creativity is about being able to come up with a new approach and is an essential skill in teaching. Often the obvious solution is not the best one to employ, and last years solution won’t work this time. Students all have different aspirations, interests, needs and motivations. So, I might be teaching the same topic for the twentieth time, but I have to find a new way to approach it with the students now in front of me - time to get creative. 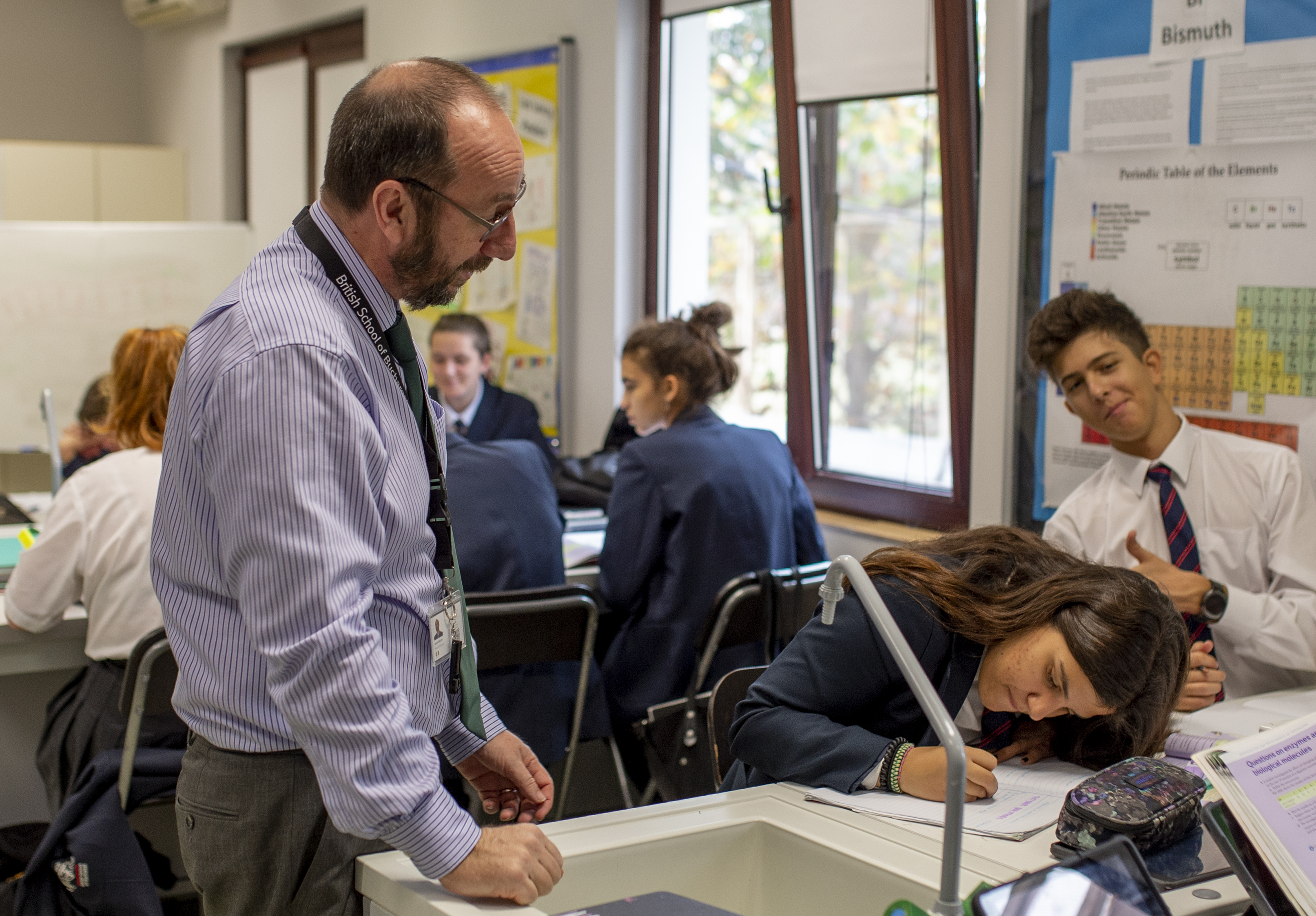 If you weren’t a full-time teacher, what would your dream job be?

If I could make a little money travelling, photographing and writing about nature and wildlife, that would suit me down to the ground.

I am not a city person, but Bucharest is an interesting place to walk around and explore. There are also some great restaurants, bars and parks. The restrictions imposed in recent months have meant I have seen more of my apartment and a school laptop than anything else, so I am looking forward to getting out and about again once term and restrictions end.

Nonetheless, the restrictions have given local nature more of a chance to flourish, and it has been uplifting to see wildflowers growing through the pavements, encouraging insects and the birds that feed on them.

You are an Imperial College London graduate. What advice do you have for students planning to apply there?

Imperial College is a university with an impressive history and internationally renowned reputation, and that will make any CV look good. Don’t go there for that reason. Go because they do a degree course you are excited about, taught by people you want to learn from, whose own research and interests align with yours.

Admissions tutors at Imperial will be mainly interested in your academic ability, but also that you have other interests and experiences that complement the course you are applying for. They want to know that you are prepared to invest your own time into your learning and have a good idea about the course you wish to embark on. For example, if you are applying for medicine, they will want excellent grades. But you stand a much better chance of getting an offer if you have also, for example, started a Medical Science Club in school, read “This is Going to Hurt” by Adam Kay, studied an online course on Genetic Diseases, completed work experience at your local pharmacist and can talk knowledgeably about the benefits of healthcare that is free at the point of delivery.

What part of science, as a subject, are you most passionate about?

I have always been interested in natural history, but since my time at Imperial, genetics has also held my interest. It is the study of one code-containing molecule common to all life, that offers clues to evolutionary history, explanations of the way we are and possible answers to many current concerns about health and food production. We can sequence genomes, copy, alter and modify them, and we are beginning to understand how they are switched on and off. It would be an exciting time to be involved in genetic and epigenetic research.

And finally: tell us something unexpected about yourself.

When I left university and was applying for jobs, I worked as a steward at several football grounds in London. It was often tedious, occasionally unpleasant, but I did get to see a lot of Premier League football. This led to work in event security for the same company, which was much more enjoyable. For a while, I was at every big concert and sporting event in London and looked after some quite famous people.